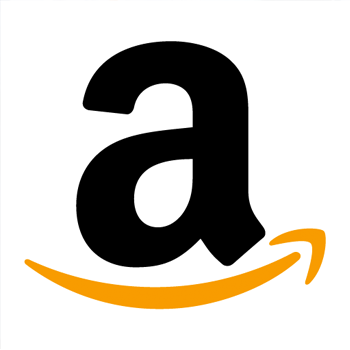 Savance’s Perspective on Amazon’s Threat to the Distribution Industry

There seems to be a lot of buzz on Amazon and how it might affect the wholesale distribution market. Independent distributors might actually have a valid concern as the distribution giant starts to target beyond the consumer looking for a great deal on the latest electronic gadget or paperback book. One comparison comes to mind when I read the last article from the NAED on the distributor’s perspective to Amazon – digital music and media.

Several years ago now, my wife worked for a large music distributor called Handleman. In fact, this was one of the largest music distributors at the time, selling CDs and DVDs to big hitters like Walmart, K-mart, Shopco, and Palmida. At that time, Napster was hitting the news, and retailers were concerned about what that meant to their industry. Lawsuits were filed against Napster and large players in the music industry tried to crack down on those who downloaded music online. My wife used to get upset at me when we would hear a good song and a few minutes later, I was playing it from my laptop. The industry saw signs of decline but blamed it on the economy. Sales continued to plummet. What did this distribution giant do? The same thing they always did for years: sold packaged media to big box stores with eroding margins and decreased demand. They didn’t sit down and talk to their employees who were there in the trenches. They didn’t look at what was happening with an open mind and ask themselves what they could do to adapt. Instead, they refused to accept and adapt to the changes in their buyer – which in economic and business terms is better known as a paradigm shift.

As business got worse, the music distributor turned to consultants and looked to get leaner. They abandoned their effort to offer digital downloads as a product that buyers could do right from the shelves of the store and argued there was no money to be made in it. My wife and I thought it was like putting a nail in the coffin. They spent a lot of time and money on consultants, whose recommendation was to become leaner and cut the investment into digital media distribution, something that – in hindsight – really should have been their future. After two years of cuts and several rounds of layoffs, Handleman announced they were closing their doors in 2008.

At the same time, Apple, who was rebranding themselves with innovation in a brand new market called digital media, was realizing and harnessing the paradigm shift. The same company who lost most of the market share over the business and personal PC market years ago was making a comeback with a simple device they called an iPod and a simple service to buy digital music. What a concept: instead of fighting and ignoring the proliferation for demand in digital media, Apple seized the opportunity. Who next? Netflix. Then who? Amazon. Just today I pulled up a website when I was wondering how much Amazon and Google’s IPO was worth, and who made the top 10 list of best investments in the past 10 years? Apple, Netflix, and Amazon. What did they do that stands out? They recognized a paradigm shift, and they seized the opportunity.

Savance has a different vision and a completely different perspective on Amazon. One that we’re happy to have someone like Buffalo signed on with us to make into a reality. Let’s not ignore them, let’s work with them. Let’s build our business system to directly integrate with them. Let’s post our stock levels up to them and put in hooks and special use cases that will allow us to uphold their strict standards with ease. Let’s be that local distributor who can make a pickup or delivery for an Amazon order that was placed by someone 20 minutes ago. Let’s harness the reach of Amazon to move items that sit on our shelves today collecting dust. If the music industry has taught us anything, it’s that things change – and they change fast. Just because our generation thinks and operates one way, this doesn’t mean that’s how everyone does – nor how everyone will in years to come.

At Savance, we’re taking every step possible to harness the power of the Internet and buying sites like Amazon. We started 10+ years ago with our webstore and mobile tools. We’ve invested in optimizing for SEO, managing and importing content, perfecting the quality of the search, and doing everything we could to follow suit with Amazon. As the leader in selling things online, they should be respected as a solid source to model after. Now that they’re opening up the door to allow us to join them – we’d be a fool not to. Personally, I think the hybrid approach is the best approach for any smart distributor. Maintain your box store and all your great staff and services. But also have a solid plan in place for your Internet initiative. In that portfolio should be a professional, fresh website with a fully integrated webstore and provisions to integrate with folks like Amazon. I also urge you to consider your Internet/eCommerce initiative just as important as opening a new branch. You cannot just buy a building and let it sit there. You have to buy the RIGHT building, equipped to fully meet your short and long term goals (ERP). Then you have to staff it with the right people and give it enough attention to make it successful (resources).