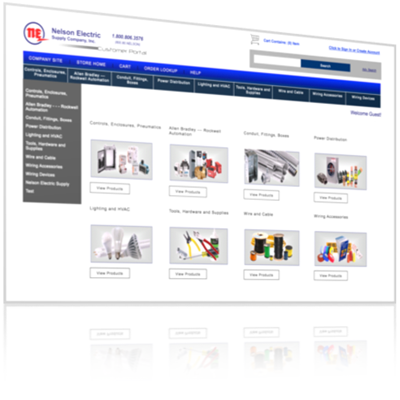 Nelson Electric’s Director of Sales, Tim Young, gave a presentation with one of Nelson’s major accounts about Savance Enterprise’s Web Store, and it was a big hit with the attendees, saying they were blown away by its functionality and ease of use. Read below on what he shared with his team:

“Yesterday I performed three web store demonstrations to various departments for one of our major accounts. The first thing out of each person’s mouth was that they are blown away. All three people are web-savvy people and could not believe that little Nelson Electric could develop such a useful tool… the search engine and categorization with pictures was beautiful. To be able to see open orders and quotes is very useful. Everyone said I needed to give a big thank you to the people at Nelson.”