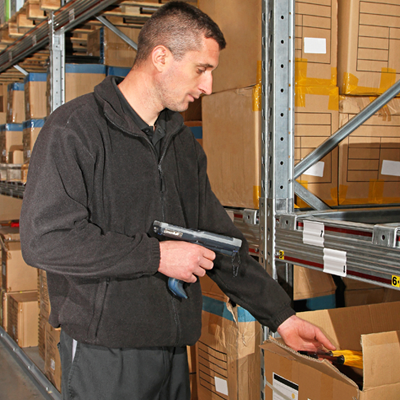 When Oneonta, NY-based Drogen Electric made the decision to implement the full Savance Enterprise software package, it knew that some degree of risk was involved. But the company’s forward-thinking leadership was willing to take any and all steps necessary to completely revamp its inventory processes, which were in desperate need of help. Recently, Drogen undertook its first major inventory count since switching to Savance from its legacy Array system – and reaped the rewards.

When Drogen Electric had initially implemented the Array software to manage its enterprise, it expected to experience some growing pains, as it would be migrating numerous paper-based processes to a fully automated system. What the company didn’t expect was that after investing significant time implementing and learning the system, the solution still wouldn’t meet its specific business needs.

“We came off from Array and our inventory was horrendous,” explains Chris Puerile, Operations Manager at Drogen Electric. “We also made the mistake of trying to bring our complete inventory over when we made the switch to Savance.” What the migration specifically required was that Drogen do a full inventory of its estimated 10,000 SKUs – a task that would normally take the company weeks to complete. “Array was very cumbersome,” Puerile continues. “Open orders affected it; allocations affected it; and it was generally very archaic. Savance simplified the process for us greatly.”

The new process now allows Drogen to count anytime, even in smaller cycle counts; and the difference is the gun immediately tells a standard user of a discrepancy, and either makes them recount and/or shows them the inventory levels based on security settings. Then the software allows admins to monitor the count’s progress and provides visibility into counts that are outside of a threshold based on percentage or dollar value (allowing them to “double-check” only item counts that are worth your time). All this happens in real-time. There is an acknowledge option for discrepancies, so as you double check items, you can confirm and track.

Using the Savance Enterprise system, Drogen Electric was able to complete the inventory count in a little less than two days. “The actual count went very well,” states Puerile. “The real-time function of the system – meaning the ability to count, post the count, check your counts, and find out if products were missed – was very easy to use. We managed to do 10k SKUs in about a day and a half, or about 15 to 16 hours.” Moreover, Drogen received one-on-one assistance from one of Savance’s technicians: “Jason was so helpful; he could not have been any easier to work with.”

In fact, Drogen Electric’s positive experience already has them recommending Savance Enterprise to other businesses. “I have worked for multiple companies, running various systems,” Puerile concludes. “I found the Savance system to be easier to use than many of the half-million dollar software packages I’ve been on before. I can safely say that any business, distributor, or any company that is currently using Array would benefit greatly from moving to Savance’s Windows-based, real-time system.”