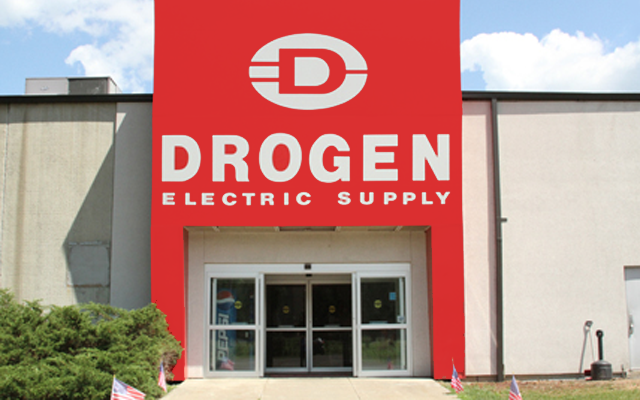 Drogen Electric, a wholesale distributor of electrical supplies headquartered in Oneonta, NY, has experienced steady and sustained growth since opening in 1949 – expanding from a small mom-and-pop operation to its current size of more than 150,000 sq ft in facility space. When the company initially implemented Array software to manage its enterprise, it expected to experience some growing pains, as it would be migrating numerous paper-based processes to a fully automated system. What Drogen didn’t expect was that after investing significant time implementing and learning the system, the solution still wouldn’t meet the company’s specific business needs. Moreover, the oft-promised upgrade to a Windows-based platform never materialized. “When these problems and delays started appearing,” explains Drogen Electric IT Manager, Greg Clerke, “we began actively looking for new software that would fit our needs – and do so quickly and at a reasonable price.”

Migrating at Its Own Pace – With No Disruptions to Business Activities

“With Array, every add-on seemed to bring an added expense,” Clerke continues. “And when we looked at Windows-based alternatives, many of the solutions cost anywhere from $50,000 to $200,000. As a small company, Drogen simply couldn’t afford such a major expense.” The search ultimately led Drogen to Savance. After witnessing a demonstration of Savance’s new and powerful functionality, Drogen decided to test out the fledgling solution by taking a step-by-step approach to implementation. The company quickly found that the Savance system worked seamlessly with its existing system, providing much needed improvements in data access on the back end – with no disruptions to its day-to-day business activities. In fact, the software worked so well that Drogen anticipated implementing Savance’s full Microsoft Windows-based functionality – which at the time was still in development – for many of its remaining processes as well.

A Complete Migration to a Complete Solution

Savance Enterprise was officially released shortly thereafter, and Drogen immediately implemented the software’s functionality for many of its front-end processes. And the more Drogen explored the Savance solution, the more potential benefits the company saw. “There were so many useful – and frankly unanticipated – features with Savance Enterprise, that we quickly realized Drogen could achieve numerous business benefits with a more extensive implementation,” Clerke explains. “From wireless inventory functionality in our stores to Web-based capabilities for our sales staff in the field to customer access to accounts, Savance Enterprise seemed like a natural fit. It was a very exciting prospect for us.” Ultimately the wealth of benefits led the company to take steps toward a complete migration from its Array system to Savance Enterprise. And Drogen’s high expectations have not been disappointed. “We are extremely pleased with the results of our migration to Savance Enterprise,” Clerke concludes. “We now have a complete, future-ready solution that serves all our specific needs.”